END_OF_DOCUMENT_TOKEN_TO_BE_REPLACED

The post Doctor Doctor, Breeders, Shrill renewed; a L&O:SVU spin-off; + more appeared first on The Medium is Not Enough. 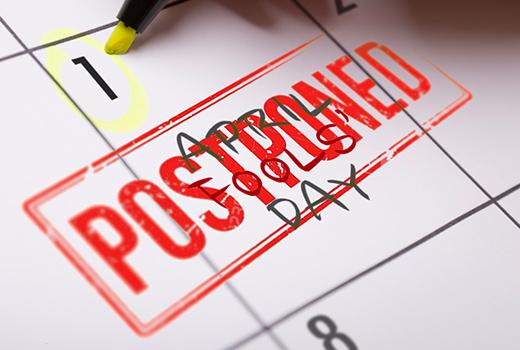 In the present circumstances and based on the information provided by the WHO’s On First, they concluded that April Fool’s Day should be rescheduled to 2021 to safeguard the health and safety of pranksters everywhere.

Pranksters and media who have been preparing fake news around Whoopee Cushions, IKEA, Netflix, the Logie Awards, Vegemite, Google Maps, and (especially) Toilet Rolls have been instructed to kindly reassemble in 2021.

It was also agreed to keep the name April Fool’s Day 2020. 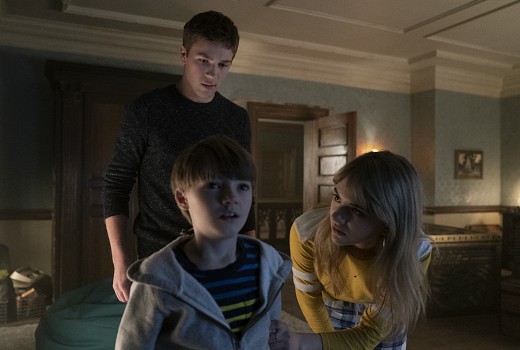 Locke & Key has been renewed for a second season by Netflix.

The supernatural horror is based on the comic book franchise of the same name by Joe Hill and Gabriel Rodriguez.

It revolves around three siblings, Tyler (Connor Jessup), Kinsey (Emilia Jones) and Bode (Jackson Robert Scott), who, after the gruesome murder of their father, move to their ancestral home in Massachusetts only to find the house has magical keys that give them a vast array of powers and abilities.

“We are thrilled to be continuing the journey of Locke & Key alongside all of our amazing collaborators,” said Co-showrunners Carlton Cuse and Meredith Averill in a statement.

“We are grateful to Netflix for all their support, especially at this difficult time, and look forward to bringing you the exciting next chapter of our story.”

Locke & Key back after huge cliffhanger…

Netflix has renewed its hit horror series Locke and Key for a second season.

The supernatural show dropped earlier this year and quickly rose to the top of most-watched lists for its gripping and suspense-ridden episodes.

And now creators have revealed that the show will be returning for a second season.

And fans are sure to be ecstatic at the news after the end of the first series left viewers with a jaw-dropping cliff-hanger.

While all of the season’s questions, mysteries and dramas seemed to be wrapped up and finished off with a tidy little bow during the season one finale, creators left viewers with a taste of what the second series could be about with the very last scene.

Showing that it wasn’t quite as easy as it had previously seemed, the last scene followed seemingly unimportant character Gabe (Griffin Gluck) as a major plot twist was revealed and he was unveiled as the show’s highly-sought after villain.

MORE: The 46 best Netflix series and shows to get you through lockdown!

The hit show was adapted from the graphic novel series, however was hit with a number of major changes.

Responding to criticism over the changes, writer Joe Hill and artist Gabriel Rodriguez said, “It has to work as a TV show. It has to succeed in the possibilities and limitations of its own particular form.

“When we worked on the comic, we were always eager to make it successful as a comic, and there were things we could do that you couldn’t do in any other form. We made a comic that worked and thrived as a comic.

“It was the job of Carlton [Cuse, co-showrunner], Meredith [Averill], the cast, and the production team to make something that would succeed on its own terms as a TV show.”

If the quarantine is making your days gloomy, then Netflix might be able to brighten things up with Outer Banks.

Outer Banks is a coming of age story that follows a tight-knit group of local teens (the “Pogues”) in the beach vacation destination of the Outer Banks of North Carolina.

When a hurricane kills the power for the summer season, it sets off a chain of illicit events that force the friends to make life-altering decisions.

The search for their ringleader’s missing father, forbidden romances, a high-stakes treasure hunt, and the escalating conflict between the Pogues and their rivals turn their summer into one filled with mystery and adventure they’ll never forget.

Based on the first trailer alone, it looks like On My Block meets Looking for Alaska, with a sun-soaked backdrop, and lots of drama to boot.

This marks Esten’s first regular TV role since the lights went down on Nashville in 2018, and any show with him as part of the cast is good, so we believe Outer Banks is going to be fun.

Co-created and executive produced by Jonas and Josh Pate and Shannon Burke, the 10-episode drama is set to premiere on Netflix on April 15.

The series is launching at a time in which many Netflix scripted originals are not making it to second seasons, meaning that the streamer might find it difficult to get eyes on the series.

V Wars, October Faction, Messiah, Spinning Out, AJ and the Queen, and Soundtrack are the most recent cancellations at the streamer.

Will you tune into the series or have the recent cancellations made you be wary of new Netflix shows?

Watch the trailer below.

Some say Omar and Ander’s love story is perfect, we say it’s Elite.

When another classmate is killed, a new investigation ensues. The students look toward their future, while the consequences of the past haunt them.

END_OF_DOCUMENT_TOKEN_TO_BE_REPLACED 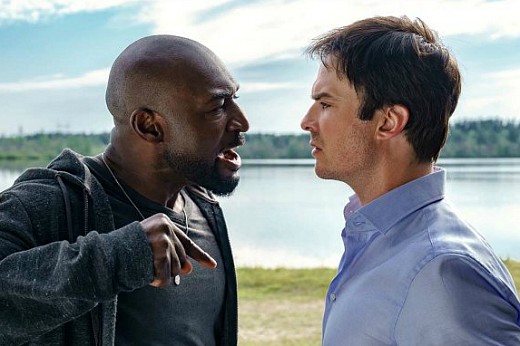 Netflix has cancelled two US series, V-Wars and October Faction.

Vampire series V-Wars starred Ian Somerhalder as a scientist racing against a killer disease. It premiered in December but ends at a single season.

Somerhalder was also a producer, telling TV Tonight, “I know that we can turn this show into not only a watercooler show, but into a very relevant, very controversial and very gripping streaming show. We don’t have the confines of network television. We can do whatever the hell we want. I want it to be raw and I want to be grounded. And I’m going to fight tooth and nail with my producing partners together to make sure that we make this happen.”

It debuted in January but also ends at 1 season.

The Hollywood Reporter has confirmed that both V Wars and October Faction have been canceled.

The news comes on the same day fellow IDW-produced drama Locke & Key scored a renewal for a second season.

V Wars starred Ian Somerhalder as Dr. Luther Swann, a scientist who “enters a world of untold horror when a mysterious disease transforms his best friend into a murderous predator who feeds on other humans.”

“As the disease spreads and more people are transformed, society fractures into opposing camps pitting normal people against the growing number of these ‘vampires.’ Swann races against time to understand what’s happening, while Fayne rises to become the powerful underground leader of the vampires.”

V Wars Season 1 launched in December on Netflix, and the lack of renewal until now was somewhat concerning.

The streamer typically makes decisions on renewal or cancellation after taking 28 days worth of data into consideration. Given the long way, it is likely the streamer was waiting to see if the numbers swelled.

Somerhalder took to Instagram earlier this month to urge fans to watch the show, while also complimenting scientists.

#VWars is streaming right now on @netflix -this is a glimpse into the last 2 years of my life with this story and now it’s happening outside our doorsteps! I’ve NEVER been more proud to play an epidemiologist on #VWars as I am right now.

These scientists spend their lives and careers trying to keep us safe so that we may live full, healthy and happy lives. I solute you all and thank you for your tireless efforts to help us and our families. Scientists ROCK.

Let’s please listen to them. With immense gratitude and appreciation, Ian/Dr. Swann PS If you’re stuck in like the rest of us, find your country below and click on YOUR NETFLIX link! Sign up if you haven’t and stream VWARS.

I cannot believe this is happening to the world! I spent almost 2 years of my life making this exact story but with vampires! Whoa… @nxonnetflix Badasses

The series had a paltry 33 percent among critics on Rotten Tomatoes. That series was considerably less buzzy than V Wars, with a quiet launch in January.

Netflix recently axed freshman shows Spinning Out, Messiah, and AJ and the Queen.

The streamer is building up a track record of canceling many shows after single seasons. Without knowing the true number of viewers, it’s difficult to assess how well its shows are actually performing.

What are your thoughts on this news?

Hit the comments below.

View Slideshow: Netflix Cheat Sheet: Which Shows Have Been Canceled?

Locke & Key’s TV adaptation will not be cut short.

Netflix has officially renewed the series for a second season under two months after it debuted.

The series was buzzy for Netflix, so it seemed like a slam dunk for renewal, but the streamer does not have the best track record of renewing every popular series.

“We are thrilled to be continuing the journey of Locke & Key alongside all of our amazing collaborators,” co-showrunners Carlton Cuse and Meredith Averill said in a statement Monday.

“We are grateful to Netflix for all their support, especially at this difficult time, and look forward to bringing you the exciting next chapter of our story.”

“Based on the incredible graphic novel from Joe Hill and Gabriel Rodriguez, Locke & Key captivated audiences around the world at every twist and turn,” said Netflix vp originals Brian Wright.

“We are so proud to have been part of this show and can’t wait to see all that Carlton Cuse, Meredith Averill, and the entire creative team have in store for season two.”

After their father is murdered under mysterious circumstances, the three Locke siblings and their mother move into their ancestral home, Keyhouse, which they discover is full of magical keys that may be connected to their father’s death.

As the Locke children explore the different keys and their unique powers, a mysterious demon awakens — and will stop at nothing to steal them.

Netflix has not exactly been generous with the renewals of late, canceling Spinning Out, Messiah, and AJ and the Queen after their freshman seasons.

Locke & Key had a long road to the air, so it’s good to know it will be continuing for a second season.

What are your thoughts on the news?

Hit the comments below.

View Slideshow: Netflix Cheat Sheet: Which Shows Have Been Canceled?