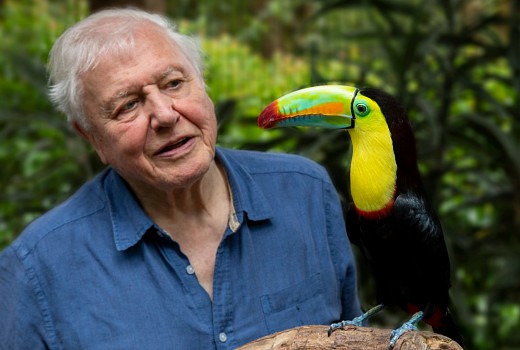 There are two shows that had been previously announced which did not make the confirmed list.

Attenborough doco Life in Colour was co-commissioned in 2019 for early 2021. It isn’t clear if it will meet that deadline. Variety show Step Back in Time was due in 2020 but doubtless a victim of the pandemic. Right now a studio audience show feels a long way off, but will this one ever see the light of day?

Life in Colour
Co-commissioned for the Nine network, Stan, the BBC and Netflix, Life in Colour is a co-production between Australia and the United Kingdom, produced by SeaLight Pictures and Humble Bee Films. The series explores the way colour is intimately connected to almost every story nature has to tell. Colour makes our world a beautiful place to live in, but there is so much more to it than beauty. As Sir David Attenborough will illustrate, colour is the amazing way animals both communicate and collaborate – it’s even their language of life and death.

Step Back in Time
Step Back in Time, a variety show coming to Nine in 2020, will offer viewers a blast from the past through a familiar lens. The show will celebrate key moments in pop culture from TV, movies, music, news, sport, advertising and technology, with each episode focusing on a particular era. An action-packed, fun-filled program that all comes together in front of a live studio audience.

Halifax: Retribution
It’s still too early for decisions on this one. The show is only halfway through its season (and holding up pretty well). Nine will probably want to see 28 day Timeshifted numbers.

Casting an eye back on other shows yet to be formally axed / renewed:

Programming exec Hamish Turner has also told Mediaweek, “We will have room for one more show for our 2021 slate and if it ends up being in the performance space then fantastic.”