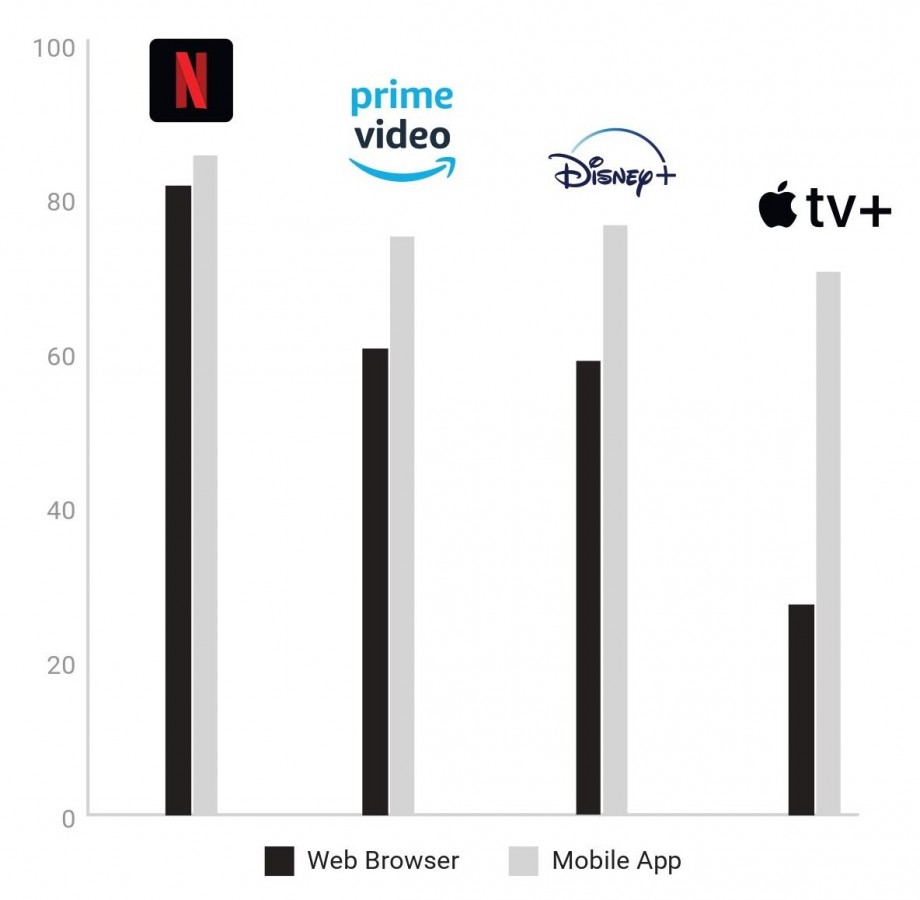 Disney+, which will launch in many European countries on March 24, 2020, has a user experience equal to Amazon Prime Video, but still clearly lags behind industry leader Netflix.

This is the result of a large-scale user experience study conducted by German advanced TV solutions provider TeraVolt, analysing the user experience of various streaming services in 28 categories.

In the survey, Netflix scored 83 out of a total of 100 possible points, followed by Amazon Prime Video (68) and Disney+ (67.5). Apple TV+, which launched last November, follows with just 49 points.

Disney+ scores particularly well in the administration category, which includes managing login data and subscriptions. In this area the challenger reaches 95%.

Content discovery (83%), for example the display of content and auto-play, as well as personalisation (74%) and performance (79%) are also in a very good range, considering Disney+ was only launched recently. However, video playback (69%) and cross-device use and downloads (68%) have a clear need for improvement.

“Our analysis shows that Disney has already done many things very well in the short time available, in some cases even better than Amazon and Apple,” said Tobias Fröhlich, co-founder and managing director at TeraVolt, adding that, on the other hand, Amazon has failed to optimise the browser version of its streaming service.

“With its streaming service, Apple’s focus lies on selling even more hardware. Not surprisingly, Apple+ therefore performs much better using the smartphone app than the browser,” said Fröhlich.